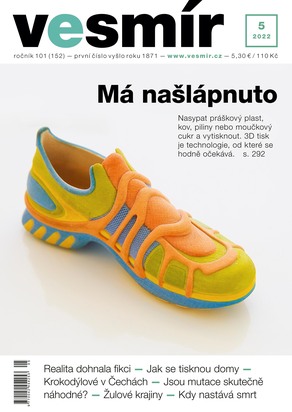 PhD study in the Czech Republic

As a Canadian studying in Prague, the most common question that I was asked during my sojourn in the Czech Republic was indisputably “Why did you choose the Czech Republic?”. Over the course of my five-year stay, naturally, I got used to the question and would answer with a varying degree of detail (and, admittedly, sincerity) depending on whom the asker was. Unfortunately, it is very likely that my time in the country has expired as my PhD study has been completed, but, as a result, I can finally offer a complete response to the question I have been asked innumerable times.

It became clear mid-way through my MSc studies at the University of Alberta in Edmonton that I wanted to complete the degree in Canada and then continue as a PhD student “somewhere in Europe” to also offer me a new life experience and new culture. In 2011, when I first started searching for PhD programmes, I applied primarily to options in the UK, Germany, and the Netherlands since (at that time) it was clear I could study in English and they were places that are (probably) more tangible to applicants from North America. After a couple of months of uncertainty in my options, I decided to broaden my search. The Czech Republic entered my radar and I found my supervisor, Prof. Michal Hocek, online. I applied to him and he replied very quickly with a positive response. After a discussion with my family, I happily accepted his offer. I was moving to the Czech Republic to work at the Institute of Organic Chemistry and Biochemistry of the Czech Academy of Sciences (IOCB Prague).

One very striking observation was how much more international the study programme became over the period I lived in Prague. When I commenced my study in January 2013 the language spoken during the day and the majority of emails circulated in our labs were in Czech. I also had to depend heavily on an organization called Euraxess to help me with the paperwork required to get my work visa as the employees at the Ministry of Foreign Affairs did not or would not speak English. I also needed my colleagues to fill out many of the forms at work for me as the non-academic staff did not speak English and no translations of the documents were available. Five years later, our laboratories’ discussions are nearly completely in English and the staff at the Ministry now try to offer assistance in English. This increase in internationalism has also been extended outside our laboratories as well. The IOCB now offers all information in both Czech and English and many other service websites, in general, tend to provide much more comprehensive explanations in at least these two languages. To me, this change has been an overwhelmingly positive experience since, as it stands today, the language of science is English. It is my feeling that the more English-friendly environment that has been created has genuinely led to a more collaborative attitude, not only within my group, but also within the IOCB and it is something I stress whenever I discuss coming to the Czech Republic to study for a PhD when I meet other students at conferences.

I was also deeply impressed with the quality of the equipment, facilities, and scientific support the IOCB offers. It is obvious they rival any of the other top tier institutions in the world. This has also been the opinion shared by many employees of the IOCB and other institutes of the Czech Academy of Sciences who have travelled abroad for a portion of their work, or study, and then returned to the Czech Republic after a period. The foreign scientists that I have met and interacted with that take employment with the Czech Academy of Sciences to research, also stress this. I also mention that the funding situation, at least at the IOCB, is stable, with funding sources from industry (Gilead Science, Inc.), as well as the Czech government and even the European Union.

Although the increase in the international environment over the years and the world-class research facilities were extremely positive, the most stellar aspect of my study in Prague was the high level of knowledge and research that I had the pleasure to conduct, witness, and discuss with my colleagues and friends over the years. It has been my observation that Czech scientists have extensive knowledge of the fundamentals and safety coupled with very good laboratory skills. The first 18 months of my study at the IOCB were certainly the most intensive of my longer than 12 years of post-secondary education. I had to study rigorously to reach the level that my colleagues were functioning at scientifically as I fumbled through learning the basics of Czech language. This was taking place as I tried to begin my PhD project in the lab. Five years later, I graduated with what I am now confident is a world-class knowledge of organic chemistry and biochemistry. Because I gained this high-level of knowledge, I became self-sufficient enabling me to design a more expedient method to synthesize RNA-based nucleosides by reducing or removing the need to employ protecting groups. As many antiviral and anticancer drugs contain synthetic nucleosides, it is our hope that this new strategy could one day have implications in drug design and synthesis. This work resulted in three good publications and a postdoctoral fellowship in a world-renowned laboratory at a Max Planck Institute in Germany. It is my desire to continue to spread the knowledge I have acquired during my tenureship in the Czech Republic, as well as to continue to promote the high quality of education and research at scientific meetings throughout the next phase of my career.

While I hope it is very clear that I made the right decision and I received the life and career experience I had sought, naturally, there were certain barriers I faced. And, although they are largely and unfortunately systemic, they may act as a deterrent to other foreign scientists wishing to study or work in the Czech Republic, especially those coming from “Western” countries. The most obvious is the lower salary typically offered. While I lived more comfortably in Prague as a graduate student than I did as a graduate student at the University of Alberta, understandably if one’s family lives in North America, saving nearly one month’s salary to fly overseas to visit can be overwhelming. However, the cost of living in the Czech Republic is dramatically less and, therefore, comparably, Czech scientists tend to live more comfortably than American or Canadian ones at the graduate and post-graduate level as many North American institutions are located in very expensive regions. I strongly emphasize the latter point in my discussion with researchers at conferences, but I am sure it will always remain a contentious issue. The second obvious challenge is the language barrier. While I mentioned the large efforts over the last five years to create a more international friendly environment at my institute and even throughout the country, Czech is, rightly, the only official language of the country—and it is not a language on the radar of many Western foreign scientists during their studies. Slavic languages are also well-known for their difficulty for us to learn. In fact, in my stay here I cannot say I learned the language to a sufficient degree to communicate easily, let alone teach. I can say, however, that a small effort to learn basic greetings and to order in restaurants will go a long way to satisfy the locals and is not problematic. I certainly would not use the language as a reason not to pursue studies in the Czech Republic. And, learning the language of the country in which one lives, as an expatriate, always contributes to the overall experience: I genuinely regret that I did not become more proficient. The last barrier largely only applies to North Americans, and may not be obvious; it is the difference in the post-secondary educational system between North America and many regions of Europe. A student wishing to pursue a PhD in the Czech Republic must first finish a Master’s degree at a university before applying. Due to fundamental differences in postsecondary educational systems, completing a Master’s in North America is not standard practice before enrolling in a PhD programme and limits coming to the country and many other European countries as well. I look at this as a detriment to worldwide collaboration; however, this is truly an institutional issue and is no fault of the Czech Academy of Science or any Czech university.

When I first arrived in the country if I did not have a complete answer to the seemingly omnipresent question, “Why did you choose the Czech Republic?”, now I certainly do. My study in the Czech Republic offered me everything for which I was looking – and it only became easier as the years went by – thanks to the efforts to make the scientific community more internationally-friendly. I had the opportunity to undertake highcalibre research in a world-class and well-funded institute. The level of knowledge and skills that I acquired exceeded my expectations and were so high I struggled to keep up with my colleagues in the early years. The PhD I achieved allowed me to secure a postdoctoral fellowship in a(nother) world-class laboratory in Germany and has likely set the stage for a fruitful and lifelong career in science. With some financial planning, an open-mind, the desire to learn the absolute bare bones of a Slavic language – with a Master’s degree – study in the Czech Republic has more than the requisite resources to provide great success to foreign scientists that choose to enter its borders.

A. Michael Downey, Ph.D., (*1986 Calgary, Canada) studied chemistry and chemical biology (MSc.) at the University of Alberta in Canada. He pursued his doctoral studies (2013–2017) at the Faculty of Science of Charles University and worked at the Institute of Organic Chemistry and Biochemistry of the Czech Academy of Sciences under the guidance of Prof. Michal Hocek. After successfully defending his thesis on the development of new glycosylation reactions for the synthesis of nucleosides he obtained a Ph.D. in organic chemistry in December 2017. Since February 2018 he has been a postdoctoral researcher at the Max Planck Institute of Colloids and Interfaces in Potsdam, where he works in the group of Prof. Dr. Peter H. Seeberger. His scientific interests include synthesis of nucleosides, carbohydrates, and glycoconjugates.
články autora 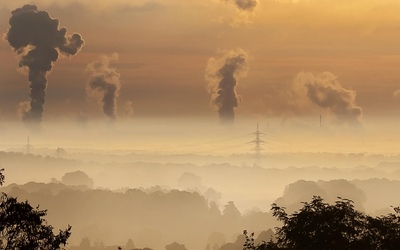 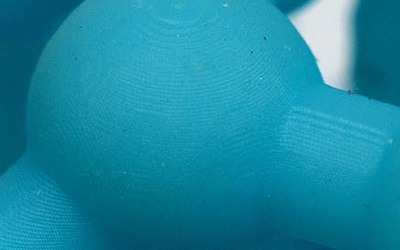 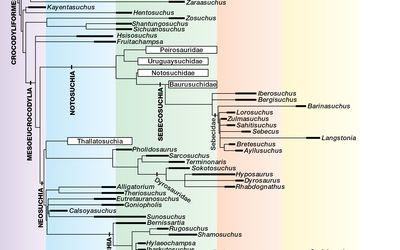